Poaceae is a large and nearly ubiquitous family of monocotyledonous flowering plants known as Grasses. They are the fifth-largest plant family, following the Asteraceae, Orchidaceae, Fabaceae and Rubiaceae. The Grass family is one of the most widely distributed and abundant groups of plants on Earth. Grasses are found on almost every continent, and are absent only from Antarctica. The name Poaceae was given by John Hendley Barnhart in 1895, based on the tribe Poeae described in 1814 by Robert Brown, and the type genus Poa described in 1753 by Carl Linnaeus. The term is derived from the Ancient Greek "poa", meaning "grass" or "fodder". 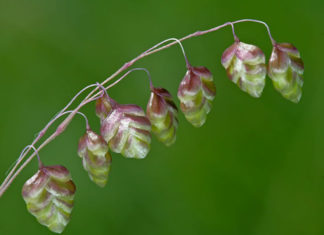 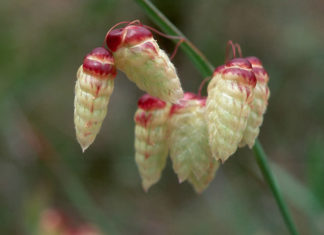